In 1939 peroxide-powered V-2 rockets were used to bomb London. We are using it to generate clean energy and create a distributed network of zero emission generators.

The V-2 rockets were able to work few minutes. Our generator will be able to operate for years without any significant maintenance.

Find out how much better it is than the current technology! 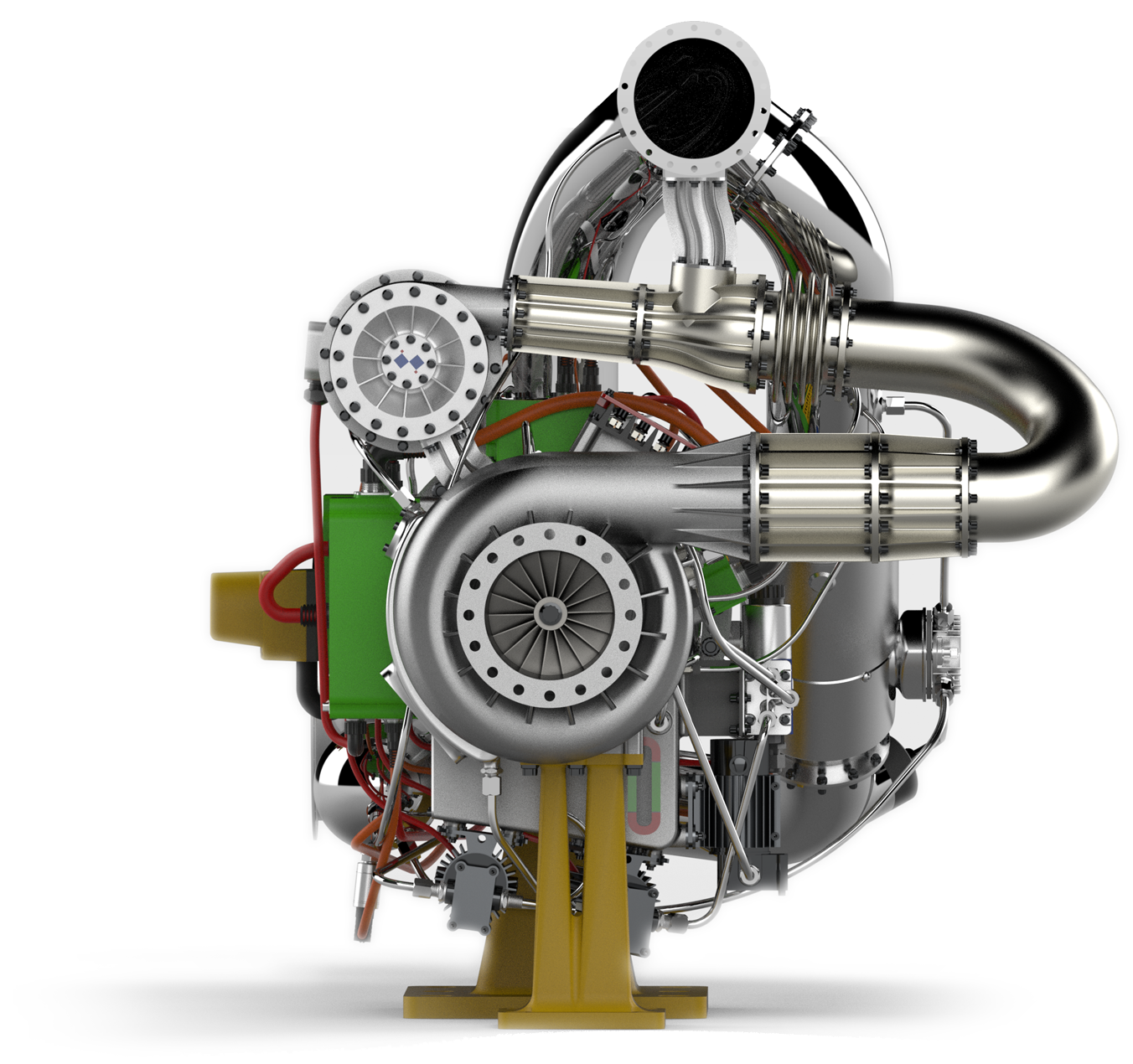 We want to introduce to a civil market the cleanest fuel on earth – hydrogen peroxide. You can say that: “hey, but hydrogen is zero emission too” and that is correct but Hydrogen Peroxide doesn’t require to be kept in cryogenic temperatures and doesn’t explode if accidentally starts to leak, and that’s a quite an advantage you must admit. Where is it currently used? Well to be honest mainly in torpedoes and rocket engines, but as e-mobility is crucial to tackle the climate change, the time has come for the big comeback of the fuel that was invented 100 years ago and forgotten by the public.

How our generators work? Well that’s fairly simple: a pump pumps peroxide from the tank, when it passes the catalytic reactor it decomposes into super hot mixture of steam and oxygen, and that steam rotates the steam turbine – just like in a regular powerplant. So what it so special about what we are doing? A bunch of features: Despite coronavirus attack, the design progresses. The aerodynamics of the 250kW turbine is ready and can be considered frozen. All the latest trends of microturbine

We are discussing space applications!

We’ve been invited by the Embassy of Luxembourg in Poland to attend a business conference and discuss the potential for technological cooperation between startups, institutes,

We are teaming up with Luxinnovation!

After a review, the National Innovation Agency of Luxembourg has recognized our startup’ s potential to disrupt the current zero emission technology market and decided

We want rapid charging and we want it NOW!

Our standalone chargers are currently the only solution that – in a realistic timescale – can make a dream of zero emission car transport come true. Simply because currently there is not enough energy in the grid, and to add additional stable green energy to the system a nuclear power plant is required. And it takes a decade and billions of dollars to build one.

Our solution is cheaper. Way cheaper. 10x-15x cheaper and a charger can be installed in one day. Assuming average costs from EU report from 2015:

a price difference between the current and our technology is presented at the right. For the detailed methodology that was used to prepare this estimation please click the button:

A key factor to bring electromobility under the hoods is charging time. Waiting hours at the charging point when the battery runs flat is pure nonsense. Our charger solves this issue – it could charge a popular BMW i3 from 20% to 80% in not more than 5 minutes. Taking into consideration the declared range of i3 it is safe to assume that – as a rule of thumb – 1 minute of charging adds extra 21km (13 miles) of range.

The charging time was calculated by extrapolation of the actual charge speed curve recorded for 45kVA charger and 33kWh version of i3. The power electronics on i3 side would have to be modified to make that possible as now – due to the lack of superchargers in the world – it is designed to work with the slow 45kVA ones. We' d love to hear from you!

Even though the Preliminary Design phase of our first 250kVA generator is complete, we still haven’t chosen where the full generator assembly will be built and tested.

If you’d like to contribute to our project, write an article, or simply you’re interested in what we are doing please let us know, we will surely respond!

For business/finance related issues, please get in touch with our CEO: dariusz.zdyb@advanica.tech

For technology – related enquiries, please contact our our CTO: peter.kurowski@advanica.tech